Before Sean Massa (C’15) could apprehend the intercultural understanding needed to launch a career in foreign diplomacy, he first had to discover his own individual identity.

There was an immediate impact the day he set foot on the University of Pennsylvania campus. Massa began a journey into understanding his own self as a queer student with Native, Pacific Island, Latino, Asian, and Eastern European heritages — the intersectionality of his various identities.

Through acknowledgement of the different forms of discrimination faced as a diverse and queer student, Massa found a sense of belonging in University Life’s cultural centers that helped him thrive.

“[Sean] got involved in everything. He was thoughtful and always interested in meeting different people and understanding their perspectives.” 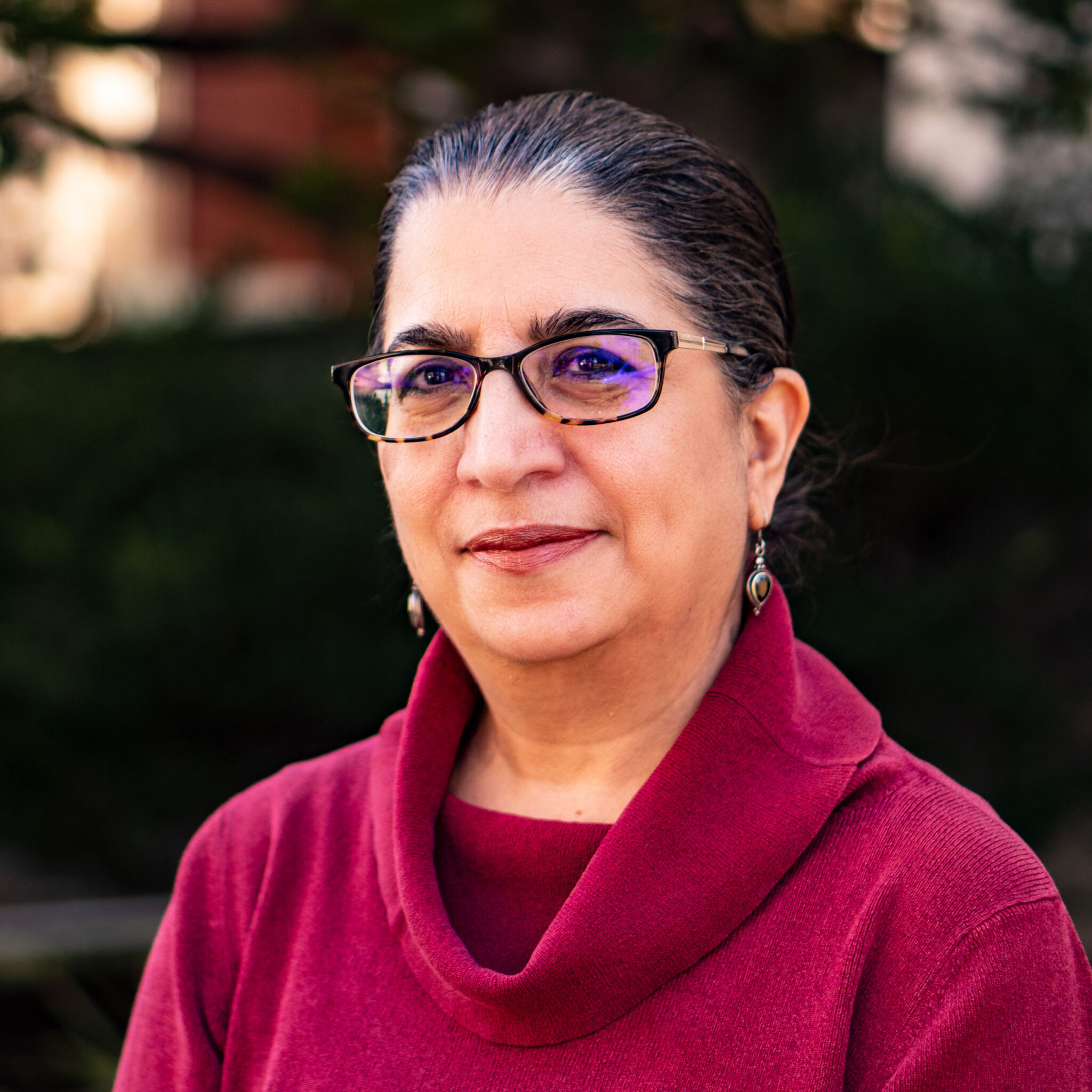 It is no coincidence that his personal exploration began on the steps of the Greenfield Intercultural Center. The GIC became a home away from home during his time in Philadelphia. Through inclusive spaces and programming initiatives, as well as relationships formed with Penn students from diverse backgrounds, the GIC made a particular impact on his personal development as a multiracial student.

“It’s easy to feel like you’re not enough of one thing or the other – you’re not Latinx enough, you’re not Asian enough, you’re not whatever enough,” Massa said. “The GIC people came from these vastly diverse backgrounds. No matter what you were, you were accepted, and you belonged. Not only that, but they also took that angle to other forms of identity beyond ethnicity, like religious identity or socioeconomic background.”

Embracing his identities forged his passion for intercultural engagement and global affairs that shepherded his career path as a diplomat.

Massa graduated from Penn in 2015 with a major in Health and Societies with a concentration in global health and a minor in philosophy. He was a baccalaureate speaker, in addition to serving as a representative on the United Minorities Council.

Massa grew up in San Jose, Calif., a multicultural city that in many ways was a melting pot that was much like his own. He identifies as Mexican and Apache on his maternal side, and Japanese, Hawaiian, and Lithuanian on his paternal side.

Almost immediately, he was drawn to Natives at Penn, a student organization that represents indigenous students. On his first day on campus, Vanessa Iyua, former associate director at the GIC, handed him a Natives at Penn brochure and a Daily Pennsylvanian article on its annual powwow. In many ways, Massa and four other students were being handed over the leadership. Together, they rebuilt the organization, formerly known as Six Directions, from the ground up.

As co-chair, Massa advocated for the Native community on campus by promoting the recruitment and retention of Native American, Native Hawaiian, and Native Alaskan students, as well as connecting students, alumni, and allies in cultural awareness events. Natives at Penn reorganized a room on the third floor of the GIC that they could call their own space, complete with a library and meeting room. The organization hosted a campus powwow that celebrated traditional and modern indigenous culture with singing, dancing, music, food, jewelry, and clothes.

“We were a community,” Massa said. “We looked out for each other. We came from different backgrounds – some of us came from reservations, but most came from the big cities.”

His involvement expanded to a vice president position on the Ivy Native Council, a consortium of the campus organizations across the Ivy League. In that role, he learned from different indigenous groups and understood best practices for addressing certain issues facing those communities. Ivy Native Council met with the National Congress of American Indians to discuss the name controversy with sports mascots, specifically for the Washington football team.

Massa was also involved with the Penn LGBT Center. He was a participant in the LGBT mentorship program and co-chaired the Queer Christian Fellowship.

“That was a very pivotal moment for me in terms of getting that international exposure that I had not been introduced to before,” Massa said. “It really changed my perspective upon coming back and then beyond Penn.”

“We were a community,” Massa said. “We looked out for each other. We came from different backgrounds – some of us came from reservations, but most came from the big cities."

Director of the GIC Valerie De Cruz first welcomed Massa through his involvement with Natives at Penn and made him feel welcome in his first year. Like many minority students that arrive on an Ivy League campus, Massa, who also identifies as queer, felt imposter syndrome. Massa used De Cruz as a resource anytime he was processing issues of belonging or personal identity.

“She reminded me that I deserve to be there,” Massa said. “When I felt unsure of my own kind of place in the Native community because I am an urban Native, as opposed to someone that grew up on a reservation, she reminded me of my value. She even encouraged me to come out even before I fully accepted who I was.

“She recognized that and nurtured me to fully and authentically be who I am.”

De Cruz had the kind of warmth, attentiveness and caring that allowed her to listen to students in a way that makes them feel heard. In a lot of ways, Massa added, she saw through to the distinct parts of his identity.

Massa grew up in a conservative household and attended a private Christian school for most of his childhood. He took a course called iBelieve: Interfaith Dialogue in Action, a partnership between the GIC, Chaplain’s Office, and the Graduate School of Education. iBelieve was an experimental seminar that took students from various religious backgrounds and fostered a dialogue about different topics ranging from conversion to interfaith marriage.

“Most students come to college with what they were raised to believe,” De Cruz said. “Sean immersed himself in various interfaith groups. He expanded his worldview, and it allowed him to think how he would see himself in the world.”

Massa credits Steve Kocher, Senior Associate Chaplain and Director of the Spiritual & Religious Life Center (SPARC); and Kathleen Hall, Associate Professor of Education and Anthropology, for providing a safe space to confront challenges to his own beliefs.

“That was eye-opening to me in terms of expanding my own worldview and my own understanding of what faith meant to me and my identity,” Massa said. “In a lot of ways, I had grown up in a background that did not fully encourage me to be who I was.”

He served as an upperclassman teaching assistant for iBelieve. Later, as a Penn alumnus, he continues to make an impact at the GIC by mentoring first-generation and low-income students.

Massa’s experiences with the GIC provided him with connections to parts of his own identity that were disconnected to his Bay Area upbringing. He said he felt more grounded in his own Native identity through meeting other students from indigenous backgrounds. Before his sophomore year, he volunteered for College Horizons, a non-profit organization that helps Native American high school students prepare for college. Meeting Native Hawaiians that saw him as one of their own reaffirmed his own identity to his father’s Hawaiian upbringing.

In February, Massa was awarded the Charles B. Rangel International Affairs Fellowship. Funded through the U.S. Department of State and administered by Howard University, the Rangel Fellowship is a prestigious pipeline program for diverse individuals that wish to pursue careers in foreign service.

As a Rangel fellow, Massa will intern with Sen. Dianne Feinstein (D-Calif.). He is excited about the congressional internship with his home state’s senator because of her sponsorship of the Violence Against Women Act. Specifically, Massa said VAWA has several provisions that address violence against indigenous and native Hawaiian women.

Massa will intern with the State Department the following summer at a U.S. embassy or consulate abroad to gain boots-on-the-ground experience in Foreign Service. Upon his receiving a master’s degree in May 2024, he will begin orientation to become a U.S. Diplomat, a five-year commitment at an international post in either a political or public diplomacy track. Massa hopes to advance democracy, human rights, and peace around the world.

“I’ve had a lot of time to reflect on what kind of career would best suit me,” Massa said. “I realized I enjoy being abroad and navigating the daily challenges of being abroad through foreign languages, problem solving, and adapting. All those things make me come alive.”

After graduating from Penn, Massa was awarded a Princeton in Asia fellowship to teach at Atma Jaya University in Yogyakarta, Indonesia, and he interned with the United Nations Information Centre and U.N. High Commissioner for Refugees in Jakarta. He received a Master of Arts in Religion at the Yale Divinity School and Master of Laws in Human Rights at University of Hong Kong. Through his LLM program, he picked up the knowledge and skills to promote LGBTQ rights throughout Asia. His dissertation analyzed the legacy of British colonial anti-sodomy laws’ roles in propagating anti-same sex legislation throughout Asia.

His post-graduate experience has also helped shape his career path. At an internship with the United Nations Information Center in Indonesia in 2016-17, Massa met with a mayor to discuss gender empowerment initiatives in the only Indonesian province to practice Sharia.

He moved to Hong Kong in 2018 through a Yale graduate school partnership with the Red Ribbon Centre to conduct research on HIV and ethnic minority and migrant domestic worker communities. Sean also did pro-bono work supporting low-income Hong Kong students pursuing education opportunities in the United States, and he created health and well-being programming with R.U.N. for Refugees, an NGO that works with vulnerable displaced people.

Experiencing Hong Kong’s political unrest movement related to a now-scrapped extradition bill has also motivated his aspirations to become a diplomat. Massa has seen Hong Kong’s ethos change first-hand: its liberal institutions and values have diminished slowly. Political protests have all but ceased, and citizens are hesitant to speak out or voice their opinions. “It made me more aware of the values that the United States upholds and its platform in the world to promote these values and protect them when they are threatened,” he said. “The more I’ve reflected on it, I wanted to pursue a career that would allow me to make a tangible change in that way.” Throughout June, University Life will celebrate Pride Month with stories and interviews of influential figures in Penn’s LGBTQ community.